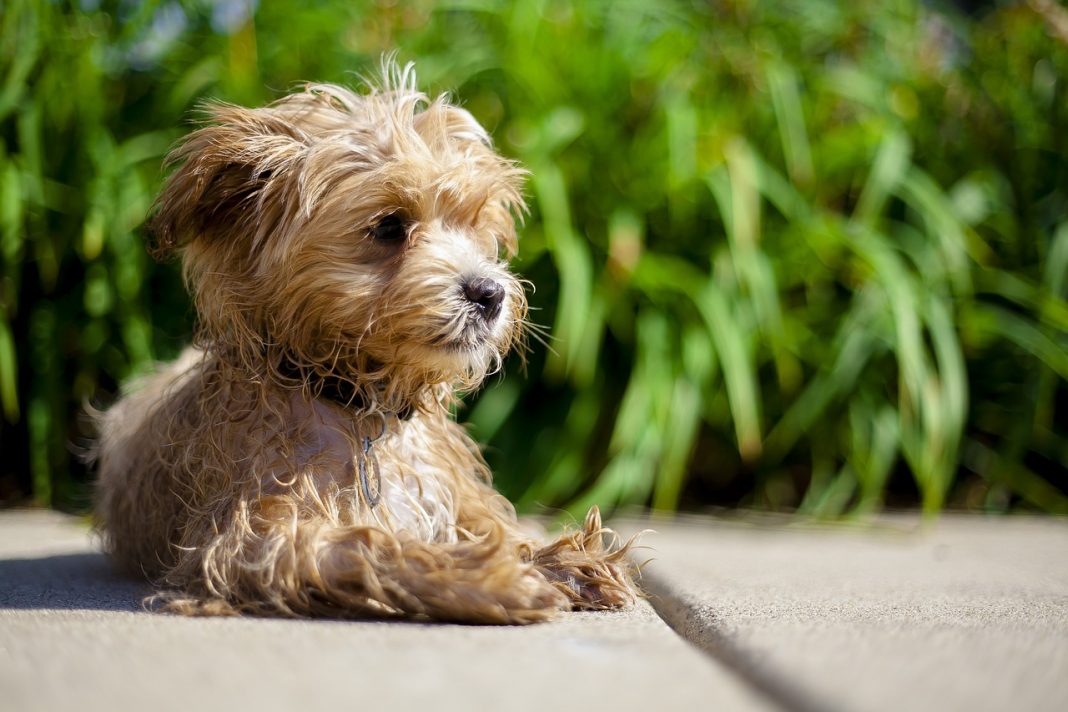 A Maltipoo is a designer breed that is a cross between a Maltese and a Miniature Poodle. These dogs are known for their small size, friendly personality, and high intelligence. They are a popular choice for people who want a small companion dog that is easy to train and good with children.

Maltipoos can vary in appearance, as they can inherit traits from either parent breed. They are often mistaken for a Cavapoochon. They generally have a small, sturdy build and a fluffy, hypoallergenic coat. Maltipoos have long, silky hair that may be curly or straight, and they come in a variety of colors including white, cream, apricot, red, and black. Maltipoos have a round face with big, dark eyes and a black nose. They have long, floppy ears and a long, fluffy tail.

Maltipoos are known for their friendly, affectionate nature. They are loyal and devoted to their owners and are often referred to as “Velcro dogs” because of their desire to be close to their humans. Maltipoos are playful and energetic, but they also have a calm, gentle disposition. They are generally good with children and make great therapy dogs due to their loving nature. Maltipoos are also highly intelligent and are known for being easy to train.

The Maltipoo is a relatively new designer breed, having only been developed in the last few decades. The breed was created by crossing a Maltese with a Miniature Poodle, with the goal of combining the best traits of both breeds. The Maltese is a small, ancient breed that has been prized for its lapdog qualities for thousands of years. The breed is believed to have originated in the island of Malta, and it was a favorite of the ancient Greeks and Romans. The Miniature Poodle is a smaller version of the Standard Poodle, which is a breed that was developed in Germany as a water retriever. The Miniature Poodle was later bred down in size and became popular as a companion dog.

The Maltipoo was developed as a companion dog and has become increasingly popular in recent years due to its small size, friendly personality, and hypoallergenic coat. The breed has gained recognition from some registries and clubs, but it is not recognized by the American Kennel Club.

Maltipoos are energetic and need daily exercise to stay happy and healthy. They are well-suited to apartment living as long as they get plenty of walks and playtime. Maltipoos enjoy playing fetch, going for walks, and playing with toys. They are also good at agility and other activities that challenge their intelligence and physical ability. It is important to provide your Maltipoo with plenty of opportunities to exercise and play, as this will help prevent boredom and destructive behaviors.

Maltipoos are small dogs and do not require a lot of food. They should be fed a high-quality dog food that is appropriate for their size and age. It is important to feed your Maltipoo the correct amount of food to prevent obesity, which can lead to health problems such as joint issues and diabetes. Maltipoos are prone to dental problems, so it is important to provide them with dental chews and to have their teeth cleaned regularly by a veterinarian. 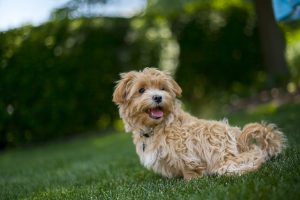 Maltipoos are intelligent and eager to please, which makes them easy to train. They respond well to positive reinforcement and reward-based training methods, such as treats and praise. It is important to start training and socialization early to ensure that your Maltipoo grows up to be well-behaved and confident. Maltipoos can be prone to small dog syndrome, a behavior where they become overly protective or demanding due to lack of proper training and socialization.

It is important to expose your Maltipoo to a variety of people, places, and situations when they are young to help them become well-rounded and confident adults. This can include introducing them to other dogs, people of all ages, and different environments. Socialization will help your Maltipoo learn how to behave around other dogs and people and will help prevent fear and aggression.

Maltipoos have a long, fluffy coat that will require regular grooming to keep it looking its best. The breed is relatively low-maintenance when it comes to grooming, but their coat will need to be brushed at least once a week to prevent tangles and mats. Maltipoos do not shed much, which makes them a good choice for people with allergies. They will need occasional baths, and their nails will need to be trimmed regularly to prevent them from getting too long. It is important to brush your Maltipoo’s teeth regularly to prevent dental problems.

Maltipoos are small dogs and do not require a lot of space. They are well-suited to apartment living, as long as they get plenty of exercise and attention. Maltipoos are energetic and need daily walks and playtime to stay happy and healthy. They are also relatively low-maintenance when it comes to grooming. Their fluffy coats will need regular brushing and occasional baths, but they do not shed much, making them a good choice for people with allergies.

Maltipoos are generally a healthy breed, but they can be prone to certain health issues such as eye problems, hip dysplasia, and luxating patella (a condition where the kneecap slips out of place). It is important to choose a reputable breeder when looking for a Maltipoo, as they will have screened for these and other genetic health issues. Maltipoos can live to be around 15 years old with proper care.

Maltipoos are generally friendly, playful, and affectionate dogs. They are intelligent and easily trained, making them a popular choice for families with children. They are also known to be good with other pets and are generally non-aggressive. Maltipoos are loyal and loving companions and enjoy being with their owners. They do well in small apartments and do not require a lot of exercise, making them a good fit for busy, urban lifestyles.

Maltipoos are known for their playful and energetic personalities, and they love to play with toys and interact with their owners. They are intelligent dogs and can be trained to do a variety of tricks and tasks. They are also great at learning obedience commands and are generally eager to please their owners.

Maltipoos are a great choice for people who want a small, friendly, and intelligent companion dog. They are affectionate and loyal, and they make great therapy dogs due to their loving nature. Maltipoos are easy to train and are generally good with children. They are also low-maintenance when it comes to grooming and are a good choice for people with allergies. While they are generally a healthy breed, it is important to choose a reputable breeder and to provide proper care and training to ensure that your Maltipoo stays happy and healthy.

German shepherd howling – Should you be worried!