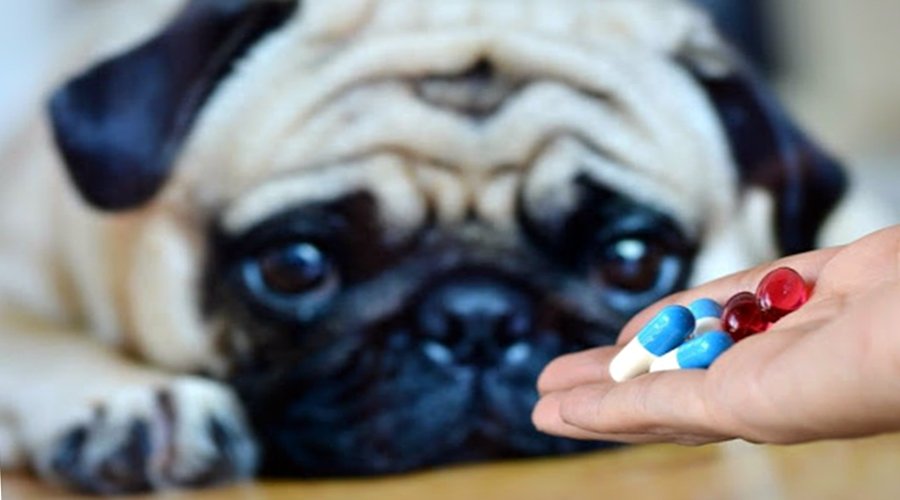 Lyme disease, also known as Lyme borreliosis, is a disease that affects both humans and animals. Once the bacteria that causes Lyme disease enters the bloodstream, it will travel to different parts of the body, eventually localize in the joints or kidneys.

Lyme disease is very difficult to detect in dogs and can cause serious illness and sometimes death.

How is Lyme disease transmitted?

The US Centers for Disease Control (CDC) reported it as a vector-borne disease which means that it can be transmitted by blood-feeding anthropods such as ticks, fleas, and mosquitoes.

There are 4 main types of ticks that can transmit the disease, the most common one being the Deer tick. The Deer tick, also known as the black-legged tick is found throughout the world, however, it is most common in European countries. The Deer tick is a carrier of a bacteria called Borrelia burgdorferi, which is a worm-like bacteria that causes Lyme disease.

This tick is found primarily in grassy or wooded areas and occasionally around rivers, oceans, and lakes. Lyme disease is transmitted when a Deer tick bites a dog during outdoor activities, such as camping or walking, or even playing in the park.

What are the symptoms of Lyme disease in dogs?

Lyme disease is very difficult to detect in dogs. In humans, this disease develops a bull’s-eye-shaped rash around the tick bite, however, this rash does not appear in dogs.

The most common sign of Lyme Disease is that an affected dog may begin to limp. This painful limp appears immediately after the onset of the disease and can pass from one leg to the other. This limp may disappear after a few days and may reappear after a few weeks or months.

Other symptoms include a loss of appetite and a high fever. Your dog will also feel pain in their body.

Some dogs show no symptoms of Lyme disease for more than a year and remain infected for the entire time. When the signs finally appear, the disease may have spread throughout the body.

Symptoms that appear when Lyme disease affects the whole body are:

When Lyme disease affects the dog’s kidneys, it can cause death, however, this is not very common.

It should be noted that these symptoms are only a guideline and are not a clear indicator of Lyme disease. Your vet will need to perform certain blood tests to determine whether your dog is infected.

Can Lyme Disease in dogs be cured?

Lyme Disease can be treated with a 4-week course of antibiotics. Doxycycline is the antibiotic of choice, followed by amoxicillin and then azithromycin. If caught early, a rapid improvement of often seen.

In some dogs, the infection can remain even after the first course of antibiotics, so the second course of treatment is performed. Additional treatment may also be needed to help affected organs when the disease affects the heart, kidney, or nervous system.

If the dog experiences chronic joint problems, they will likely suffer from this for the rest of their life due to damage caused by the bacteria.

You can take special preventive measures to minimize the chances of your dog getting the disease. Tick prevention products found at your local pet supply can play an important role here.

There are also some vaccines available that can prevent infection in dogs. These vaccines work best when given to dogs before exposure to Lyme disease. These booster shots are recommended if you live in an area where Lyme disease is very common. If you find ticks on your dog’s body, remove them immediately. This will help prevent the disease as well as other tick-related diseases.

When removing a tick, be sure to use a fine-tipped tweezers. These can help grasp the head of the tick, and pull it out directly. As you pull the tick, make sure not to squeeze its body.

Can Lyme disease be transmitted from dog to dog?

Lyme Disease is Zoonotic meaning that it can jump from dog to dog or from a dog to humans. So, when a dog comes home with the infected tick, it could infect you or even another dog or pet in your home.

The first test a vet will perform is an antibody test. The test can easily detect antibodies that are formed as a result of exposure to bacteria. Sometimes the test can appear as a false negative if the dog has an infection but has not yet formed the antibodies or if the antibodies are not strong enough to cause a positive reaction.

Some veterinarians recommend not doing this test earlier than 4 weeks after the tick bite. If the dog remains infected for a longer period of time, it may also not have enough antibodies to be detected by the test. That is why a positive test is considered significant.

Other tests such as PCR (polymerase chain reaction), joint fluid analysis, ELISA (enzyme-linked immunosorbent assay), and culture are performed with different levels of sensitivity to confirm the disease. General urine and blood tests are often done to assess protein loss in the urine and normal kidney function.

German shepherd howling – Should you be worried!