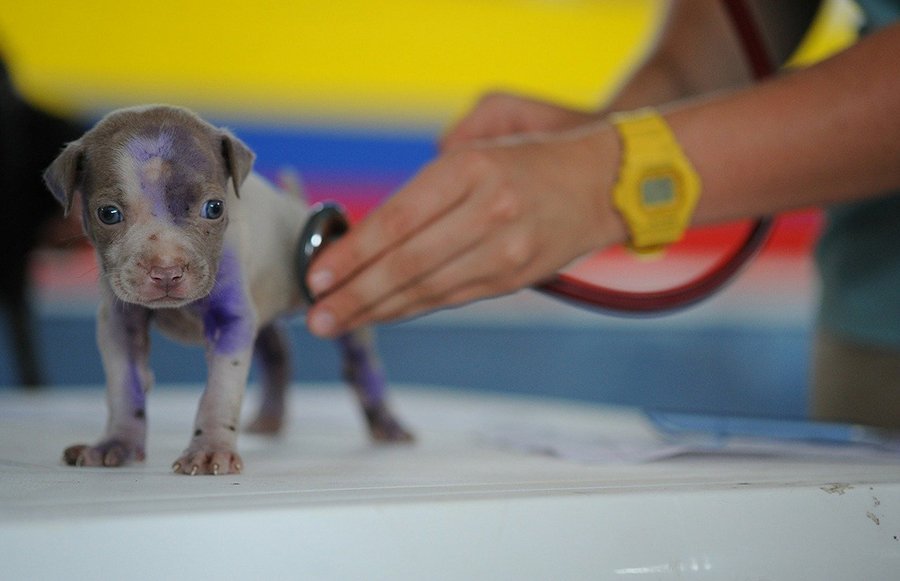 Parvo in dogs is a very serious, life-threatening disease that mainly affects puppies. Parvo is a virus and not bacterial, therefore it can be difficult to treat.

You might be asking yourself how you can treat Parvo without having to go to a vet, unfortunately, the truth is that you can’t. In order to cure parvo, your dog will need to get medical help.

When treated quickly in a medical setting, about 90% of puppies will survive!

For people who can’t afford to take their dog to the vet, then the only option available is to try and treat parvo at home.

Can a dog survive Parvo at home?

Not only is the Parvovirus very contagious (watch out, any other pets), it can be extremely dangerous for any dog but especially puppies. Parvo can cause a dog to reach severe dehydration, to the point which they simply can’t drink nearly enough water to replenish their circulatory volume.

Your dog needs fluids, preferably intravenously through a saline drip. Normal saline consists of a saltwater solution, about the same ph as your blood, and is injected directly into the bloodstream. This is the fastest way to rehydrate a human or animal!

How to cure parvo without a vet

Parvo should be treated in a clinical setting. Depending on what part of the world you live in, some may suggest treating Parvo at home. Due to the potential for IV drug use, many doctors would never allow clients to take home the equipment needed (but again, this depends on where you live).

Even if you are able to take equipment home with you, getting a successful needle stick and setting up an IV line isn’t always easy even for people who have done it multiple times. It may still sometimes need multiple attempts. That isn’t considering an animal patient who has no idea what you are doing to him.

Most pet owners don’t have any training at all. The average pet owner wouldn’t be working in a sterile environment, and wouldn’t know what to do in case there is a problem.

WAIT! Can’t I just give fluids subcutaneously, right beneath the skin?

“If your dog is only mildly dehydrated, your vet may advise giving fluids just under the skin (American Animal Hospital Association).” Parvo will cause severe, dehydration, which nearly always kills the dog if not treated.

Can a dog survive Parvo without treatment?

If left untreated, an average puppy can die from Parvo within 48-72 hours, and many still don’t make it even if treated. A dog with Parvo is a very sick animal, but most puppies receive their vaccinations early. Once fully vaccinated, they don’t have much to fear from the virus so it normally only impacts young pups (unless your dog hasn’t been vaccinated).

Puppies have small bodies and a lower blood volume, already making them more vulnerable to anything that diminishes that (i.e. fleas). Parvo causes severe diarrhea, and there is no existing cure. Continuously replenishing those fluids until the disease runs it’s course is the best thing you can do, which you know isn’t going to be an easy thing at all at home.

How expensive is Parvo treatment? 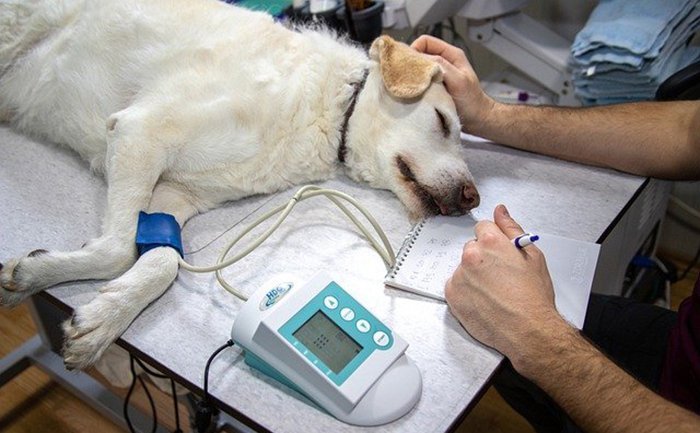 Like many other emergency treatments, treating a dog for Parvo can become very expensive! In the United States, you would be looking at somewhere between $500- $2000, with more expenses if your dog needs to stay at the animal hospital longer.

Treating Parvo in dogs can run you up to $8,000 in certain cases as some select hospitals. The cost isn’t always universal and might increase depending on your location also.

What is the best remedy?

The best remedy is prevention. Always get your pup vaccinated (usually given in a series of three) as soon as your veterinarian recommends it.

Your pup will still be susceptible to the virus until shortly after that series has been completed, so try and keep your puppy away from other animals until it has been.

How do I know if my dog is getting better from Parvo?

Your pup is starting to seem better, more alert, and responsive! You’ve noticed both the vomiting and diarrhea has stopped, while your little one has begun eating and drinking normally. When your dog does eliminate, his droppings are no longer bloody.

The once sickly dog is starting to play again as his once limitless energy reserves return! For a while there, he would barely register you, or anything else, at all.

While humans can’t contract Canine Parvovirus from their dogs, there is a human version of the virus, called Human Parvovirus. Human Parvovirus is spread among people, not from animals to people or people to animals.

Human Parvovirus works a bit differently, causing our body to temporarily stop producing red blood cells. Most of the time, our bodies will begin functioning normally again after a short time. Human Parvovirus is normally a childhood disease, although it has impacted adults. Parvo can cause a more serious problem in people with anemia since it impacts the red blood cells.

“In most children, parvovirus is mild and only needs little treatment (Mayo Clinic).”

Is Parvo painful for dogs?

In humans, even mild dehydration would cause a headache and eventually nausea as the dehydration becomes worse. The human would become dizzy, begin to lose motor control, and have difficulty thinking properly. Eventually, we will become cold, even if it is hot outside, as our blood circulates closer to the center of our bodies.

We can’t know if dogs suffer any head pain, but they will become nauseous, lethargic, and non-responsive.

What are the last stages of Parvo?

The final stages of Parvo, before death, are very similar to the final stages of heatstroke. The puppy’s veins would first constrict (again, making needle sticks very difficult), pushing blood flow toward the center of the body in an effort to keep those vital organs alive.

Your puppy would then enter Hypovolemic Shock, and his organs would begin rapidly shutting down. At that point, your pup isn’t going to survive at home and likely wouldn’t make it at an animal hospital either.

The puppy would have lost consciousness at this stage. It wouldn’t die alert.

Why Is My Dog’s Nose Dry or Cracked