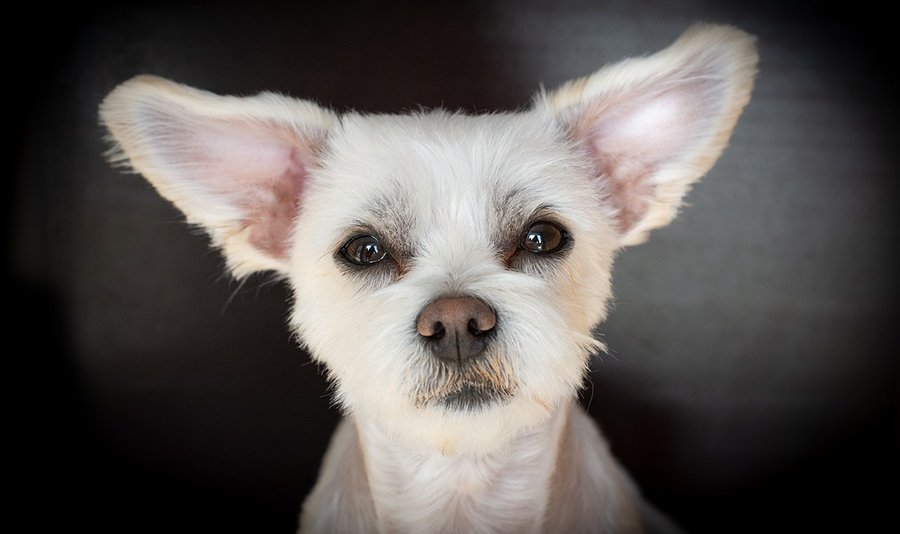 All of today’s domesticated dogs inherited their pointed, ‘Spitz’ like ears from their Grey wolf ancestors, thousands of years ago. Dogs with Spitz type ears have a general hearing advantage over breeds with dropped ears.

This shouldn’t be confused with the procedure necessary for ‘cropped’ ears, which will shave down a portion of cartilage meant to help funnel sound into the ear canal, producing dogs with pointy ears that would naturally droop at a loss in hearing quality. 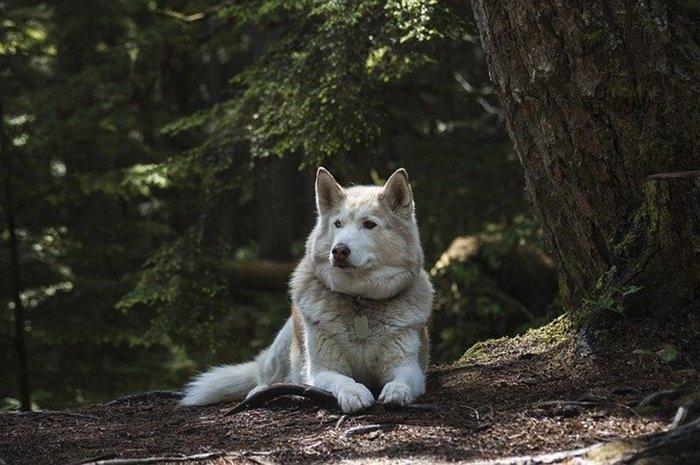 Nearly all dog enthusiasts know this famous northern breed! Booming into popularity during the Alaskan gold rush of the late 1800s and early 1900s, the Husky slowly made his way from worker to legend after helping save the children of a small Alaskan town from Diptheria.

The larger and more powerful Alaskan Malamutes (below) were once the favored racing breed among northern mushers. No one put much faith into these ‘Alaskan Rats’ as they were called. Both breeds were conceived to work long hours, but Huskies were bred to pull smaller loads further and faster.

Legend has it the Bank of Nome was almost broken, thanks to all of the failed bets against these ‘Northern Rats’. 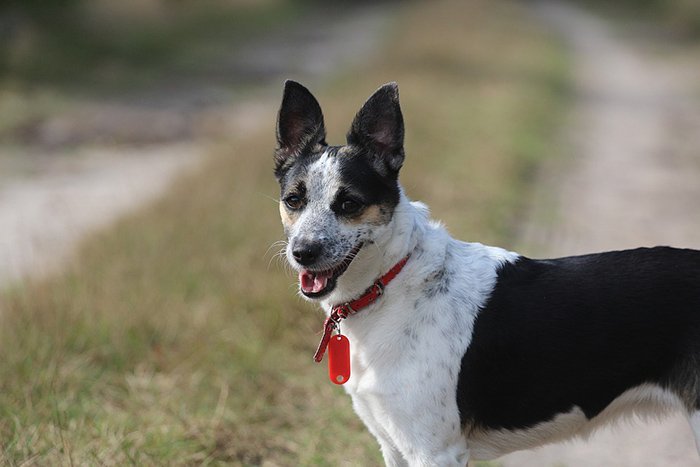 These feisty little guys average in at 10-25 pounds, and are thought to have been named by Teddy Roosevelt! You’ll find a few dog ears that naturally stand as tall as theirs do. Rat terriers were conceived to do exactly what the name implies- kill rats.

In the olden days, rats were a problem almost anywhere food was kept. This included farms, which is where the quick and agile Rat Terriers first found employment. 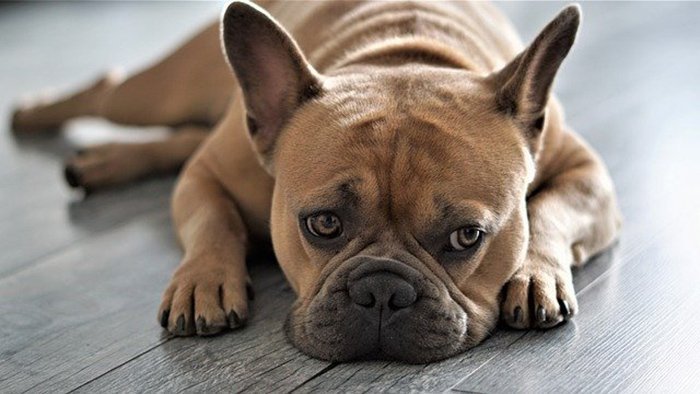 The French Bulldog actually descended from English Bulldogs to simply be a miniature version of the larger bulldogs of the day. These fellows owe their origins to England, not France as the name implies.

The Frenchie’s temperament was vastly more docile than his larger cousins, soon gaining him mounds of fame! They were popular companions during an age when most dogs earned their share in work and quickly became a favorite among the working class.

They were a particular favorite of English lace workers, who took them to France where they sought employment. The industrial revolution was a fantastic era for English workers but also put many small-time craftsmen out of business. 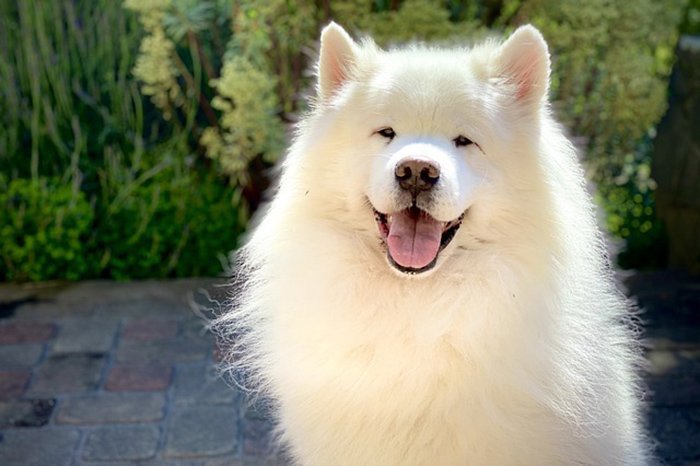 Originally known for their masterful hunting and reindeer herding traits, Samoyeds were bred by the Samoyede peoples of Siberia, who’ve migrated from Asia to Siberia around 1,000 years ago.

Like the Siberian Husky above, these Samoyeds would endure some of the harshest temperatures known to man on a daily basis (temps around -60 were common). These peoples of old would huddle close to their trusted dogs during such frigid nights.

If any dog ever worked for his living, it was the Samoyed. Their humans truly did depend on these dogs for their very survival, just as the dogs did their human family. 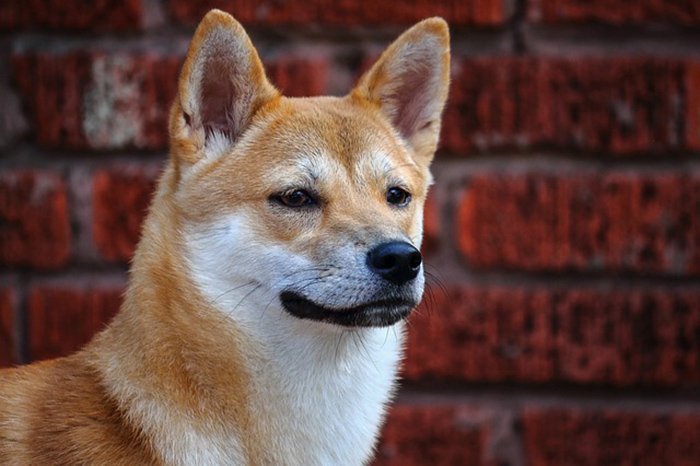 They may not be a heavy name in America, but Shiba Inus are both the national dog of Japan, and easily the most popular! Shibas are an ancient breed, thought to have originated over 2,000 years ago. The name itself is believed to translate to ‘Brushwood’ (‘inu’ meaning dog).

Shibas are probably named after their mountainous, wooded home in Japan, where they would help hunters flush game. The Shiba Inu is said to offer a very unique personality, sometimes actually screaming when upset!

Back in the year 1107, Henry I of Britain needed craftsmen to work in Southwestern Wales. Of course, these craftsmen couldn’t leave behind their sturdy yet diminutive herding pups. Those herding dogs would sire the ancestors of today’s Pembroke Welsh Corgis.

Though they don’t do much herding these days, these dogs are a personal favorite of Queen Elizabeth II of England! 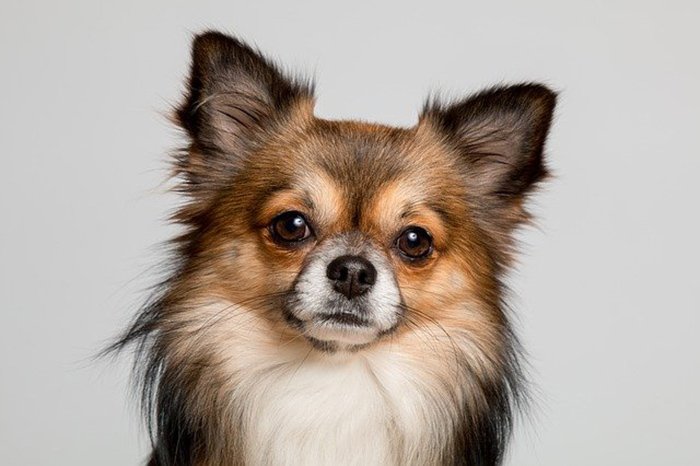 The Chihuahua is another ancient breed, believed by some to descend from a canine companion to the Mexican Toltecs. The state of ‘Chihuahua’ is also the largest of 32 states in Mexico. In the late 1800s, American tourists would buy these tiny dogs, taking them back to the states to raise as pets.

Anyone who’s ever seen these tiny yet expressive, lively little guys won’t soon forget! You might remember Gidget, the Chihuahua mascot for the Taco Bell franchise around twenty years ago. 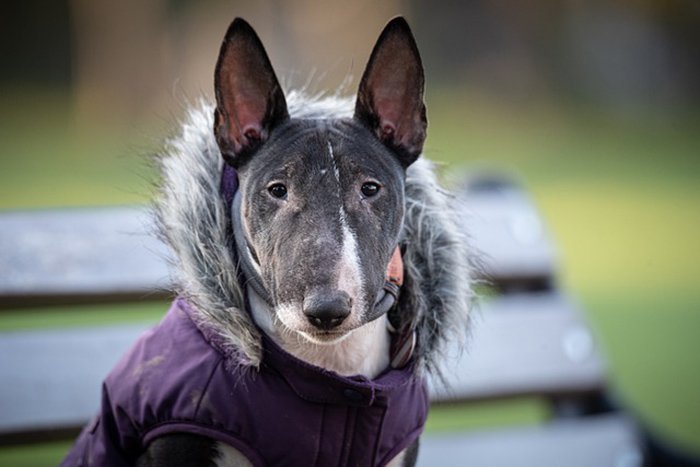 Anyone who sets eyes on this unique dog with pointy ears won’t soon forget its unmistakable appearance! Like the English Bulldogge of the past, the Bull Terrier began his days in the ring.

Bloodsports were sadly hugely popular in England, stretching from the 1300s to their final abolishment in the mid-1800s. However, dogs were more working companions in those days and fewer family pets; a handler’s livelihood would often depend on these dogs.

Outlawing the brutal sport of ‘Bull Baiting’ nearly caused the Bulldogge’s extinction, but didn’t stop sportsmen. The Pit-Bull Terrier and Bull Terrier were both bred for the purpose of ‘the ideal combatant’, speed and agility of a terrier with the powerful stature and ferocity (though it has been bred out over these centuries) of their Bulldogge parents.

These sports were also banned before long, and the Bull-Terrier became known as ‘the Gentleman’s Dog’. 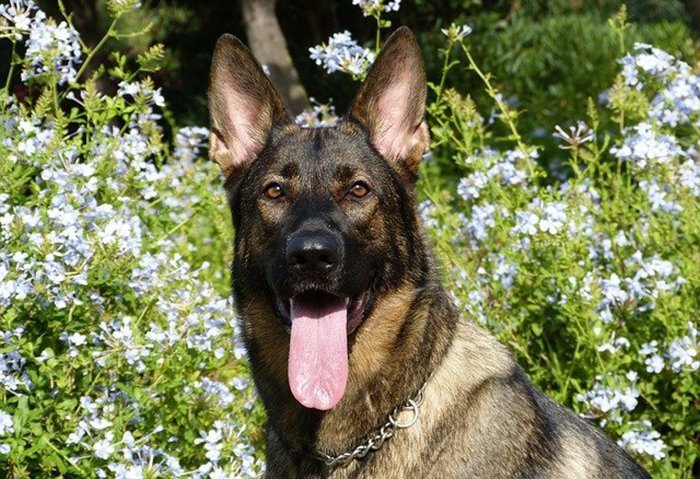 Only the most intelligent and responsive herding dogs were bred back in 1800s Germany, eventually creating the German Shepherd Dog. He was a herding master, able to play dual roles as a guardian simultaneously.

During the world wars, these pointy-eared dogs gained favor among soldiers, eventually in America as well, for their easily trainable & reliable nature. Today, you might see the GSD adopt service, protection, or simple family companion roles. 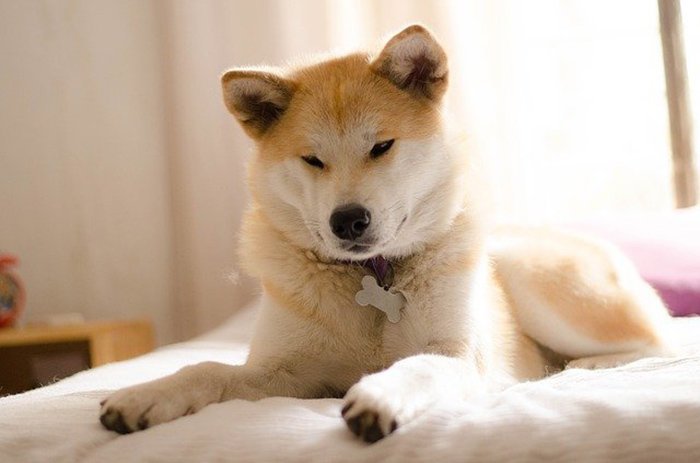 Larger cousins to the popular Shiba above and Japan’s largest native dog breed, the Akita Inu earned his livelihood hunting Elk, Boar, and even sometimes Bear in the snowy mountain heights of Japan.

There are actually two strains of this breed, American and Japanese (the original). The Japanese Akita Inu is considered a different breed from the American Akita everywhere in the world outside America.

As times changed in Japan, so did the Akita Inu. where he was once used to hunt large game, his role shifted to that of a guard dog as riots would escalate in Northern Japan. 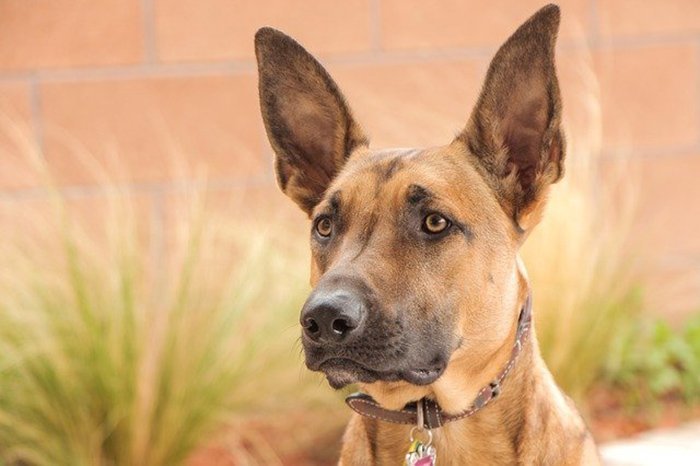 Named after his city of origin in Northwestern Belgium, earned his living as a sheepherder (and a very intelligent one). You might confuse the Belgium Malinois with German Shepherd Dogs, since they both do look a lot alike.

Mals first made their debut in America in 1911. Though they are deeply prized for their herding abilities, they are also very smart and easily trained. Today, these dogs are popular service animals, often finding employment with law enforcement or military. 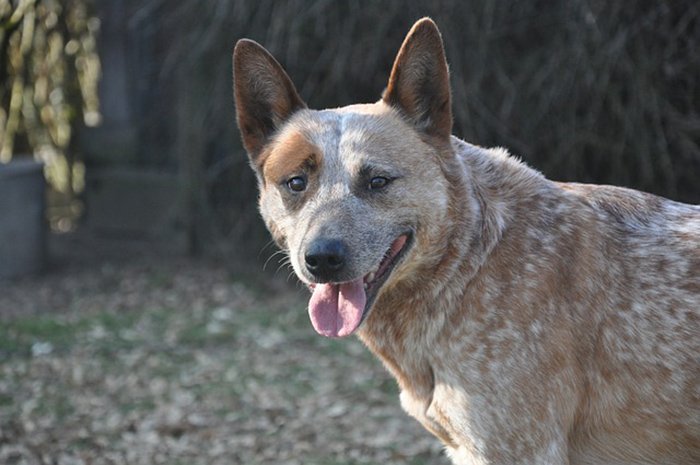 Also known as the Blue Heeler, these dogs are extremely intelligent and were just as vital to Australia’s beef industry. Back in the late 1700s and early 1800s, when Britain began settling Australia, beef-cattle were prized as much as the energetic herding dogs that worked tirelessly alongside man.

Australia’s early attempt at these canine workers was perfectly suited to a British climate but didn’t tolerate the heat and terrain of Australia too well. Stockmen soon set to the task of cross-breeding a terrier suited to Australia’s heat and rough terrain, while sporting the endless energy required to traverse the continent’s enormous distances. 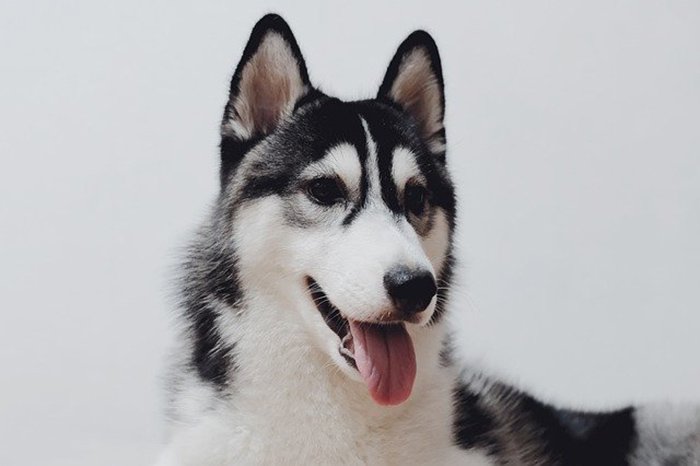 Once the favorite among northern dog sled racers, Malamutes are thought to have come from northwestern Alaska. They are larger and stronger than the Huskies above, but both are believed to be able to endure extremely cold climates.

Malamutes were probably bred to help hunt seals while fending off polar bears for their northern Inuit masters. Malamutes would also help transport heavy loads full of supplies and food at slower speeds than the husky above, but great distances all the same.

In Finland, the most famous dog breed, prized above all others, calls himself the ‘Suomenpystykorva’. Since very few dog lovers outside of Finland can even hope to pronounce this tongue twister, he also goes by the Finnish Spitz.

As the legend goes, central Russian immigrants migrated to Finland some 3,000 years ago, bringing with them prized hunting dogs with pointy ears. These soon specialized in birds, actually developing a specialized tail wag and rapid bark (believed up to 120 barks per minute!), alerting human hunters.

Droopy ears are a product of human selective breeding, thought to enhance hunting qualities (stir scent particles as dog tracks). You might say nature never intended our canines to have drooped ears at all. Imagine the breeds believed to be the world’s best scent trackers (i.e. Bloodhound, Basset Hound).

Those drooped ears also tend to collect and trap bacteria, dirt, and debris easier, leading to more ear infections (especially when dragging along the ground).