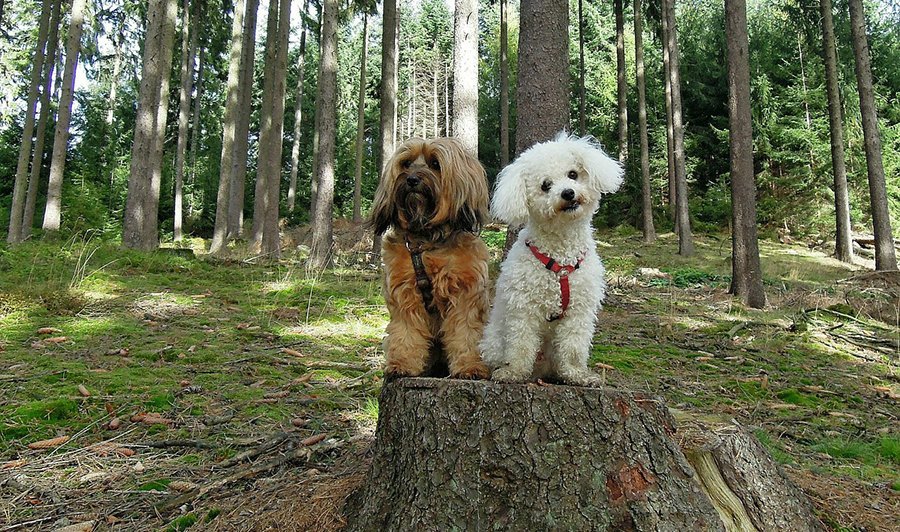 Why do we have small curly dog breeds, anyway? At one time, the idea of ‘lapdogs’ was only shared among a few and wasn’t nearly as big as it is today. There were no ‘designer breeds’ (as we imagine today) to think of.

Nearly all dogs were bred for a working purpose, though some still found themselves as lapdogs traded among aristocrats or nobility. Curly-haired dogs were particularly popular in this regard. Below, we list the most sought-after curly-haired dog breeds… 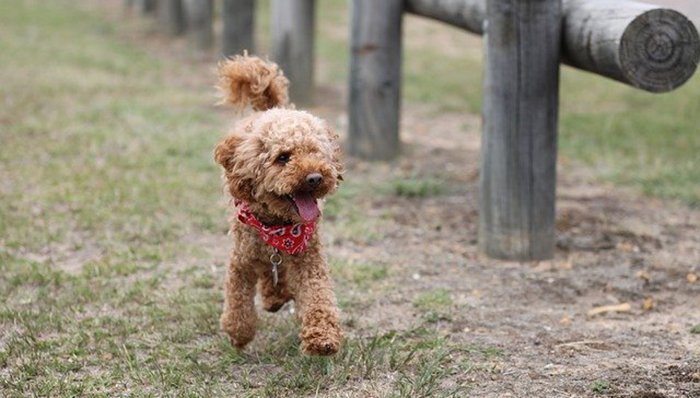 As probably the most popular breed on our list, the Toy Poodle is a well-known companion and cherished family dog! Not only are they fantastic with families, these guys only sport one top coat that won’t shed as much as double-coated breeds.

The Poodle was originally bred as a sort of hunting dog and water-retriever, gladly retrieving waterfowl and other wetland game. The Toy Poodle was bred sometime in the 18th century, more for companionship, performance, and the occasional mushroom hunt.

Hunting dogs and retrievers are normally intelligent, but the Poodle is believed to rival the most intelligent breed on Earth, the Border Collie. This vast intelligence is normally reserved for herding breeds, making the Poodle unique among his hunting counterparts. 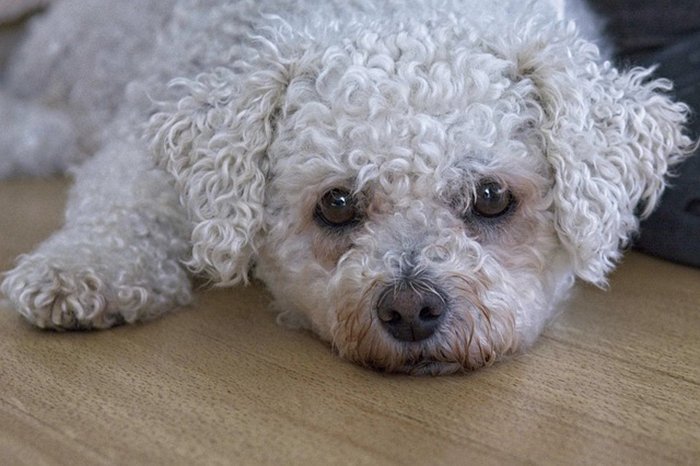 Closely related to the Havanese and Maltese, these white curly-haired dog’s are so old no one knows their exact history! Most experts believe they got their start in the smallest of the Canary Islands off the coast of Western Africa. Like many other breeds listed here, legend has it they were cherished among sailors.

Sadly, many of the breed’s benefactors met a slow death during the 1978 French Revolution, nearly spelling the end for the Bichon. Thanks to the generosity of street performers of the time, the few Bichons that survived found a new home.

Neither were the two world wars of the past century kind, again nearly ending their reign of cuteness. This time, it was true breed fanciers that sheltered the Bichon, founding the Bichon Frise Club of America in 1964. 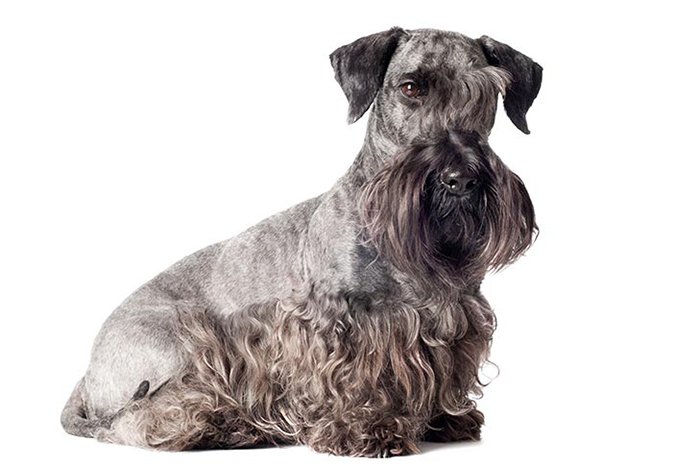 Hailing from the Czech Republic, this little one sports a long history trailing back to the 14th century! It’s not until WWII that his true story really begins, however. A Czech breeder of great renown, known as Frantisek Horak, set to breed an agile champion with the speed of a terrier but social skills of a group hunting dog.

This new hunting champion was astounding, a true workhorse of his era. Sometime during the 1980s, he made his way to America and the AKC in 2011. 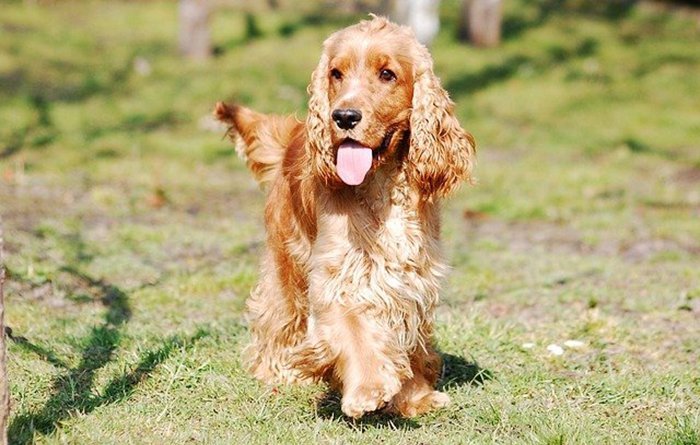 Two breeds give rise to these legends of the dog world, the American Cocker Spaniel and the English. Despite these names, they are believed to have descended from Spain and are sometimes referred to as the smallest of the sporting breeds.

For centuries, these Spaniels (in general) were lodged into two groups: the Land Spaniel and the Water (again- notice a trend?) Spaniel. That is, until the idea of ‘the purebred dog’ caught hold among fanciers during the nineteenth century.

Smaller than Springer Spaniels while larger than English Toy Spaniels, the Cocker Spaniel has been a bird dog since before rifles were even invented at all! 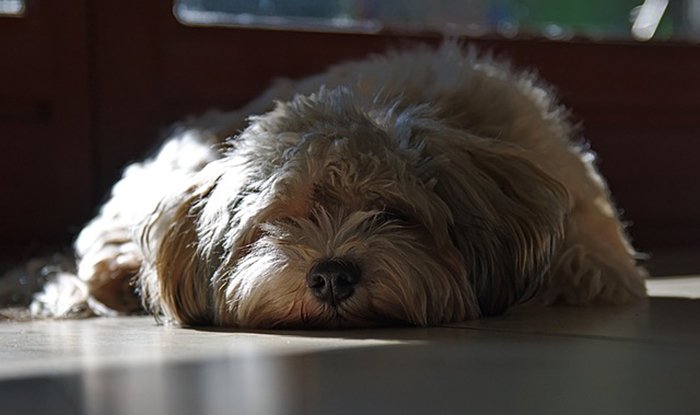 Related to both the Bichon Frise and Maltese, legend has it dogs like these were likely traded among ship fairing merchants (again- water) and prized among the nobility for their clever personalities.

The Havanese was the native favorite among Cuban aristocrats, actually named after the city of Havana. His direct ancestors were also thought to be favored among Italian merchants, but no one knows for sure.

Many believe the Havanese could have been crossed with Poodle lines (water) in an attempt for luxurious refinement. During the 1959 Cuban communist takeover, countless Cubans, fearing Fidel Castro’s revolution, fled the island with their precious curly-haired dogs for America. 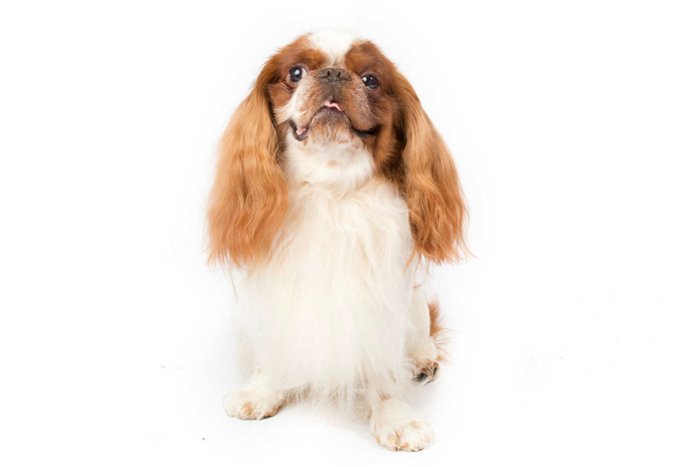 Popular among the many British monarchs of the 1600s, English Toy Spaniels quickly became popular in the House of Stuart. Toy Spaniels were actually the only dogs allowed in Parliament for a time!

Some think these regal fellows were imported to Asia from Spain, while other historians think they might have come from either Japan or China many years ago. No matter where they came from, these were the dogs to have for Renaissance-era English nobles.

British toy Spaniels were crossed with Japanese toy breeds during the Victorian era. The old-style became known as the Cavalier King Charles Spaniel, while The English Toy Spaniel remained the new addition. 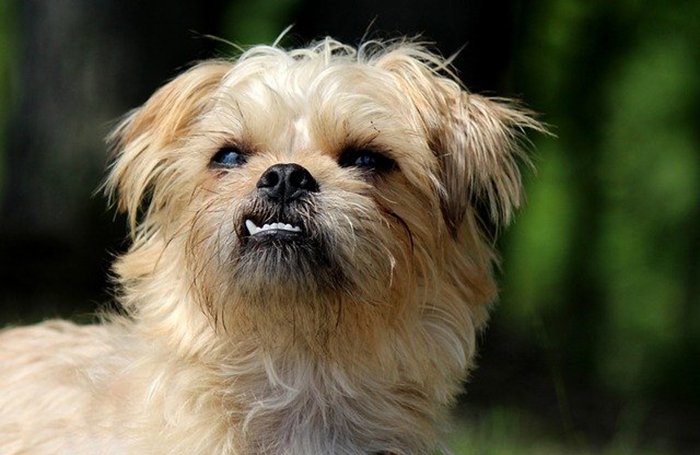 These curly-haired dog breeds, like the Brussels, were popular in Europe for a long time. Born in the capital city of Belgium during the 1800s, Brussels, the Griff slowly began his rise from lowly ratter to mighty champion of his namesake city.

Coachmen usually kept smaller ratting dogs to keep the vermin out of their stables, referred to as ‘wire coated stable dogs’. To this day there are no breeding records that have survived, but enthusiasts imagine the Pug may have been crossed with Toy Spaniels, Yorkshire Terriers, and perhaps another Belgian breed.

Once the Belgium queen Henrietta Maria took favor to the Griffin in 1870, his place in history was set in stone. With the masterful performance by Jill the Griff in the 1997 hit film ‘As Good as it Gets’ with Jack Nickelson, the little one’s popularity yet again grew by millions. 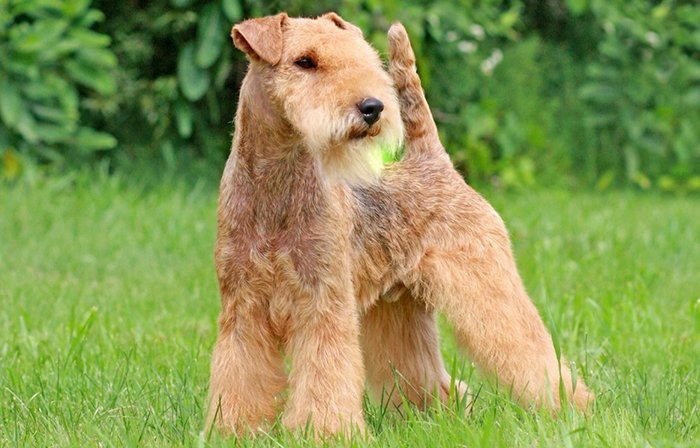 The Lakeland Terrier is one of Britain’s oldest terrier breeds! Named after breathtaking lakes in Northern England, packs of these dogs would rid old properties of the foxes that would raid their supplies.

This wasn’t the ‘foxhunt’ most would think of. These brown curly hair dogs were bred to be working dogs, keeping their owner’s area free of pests. 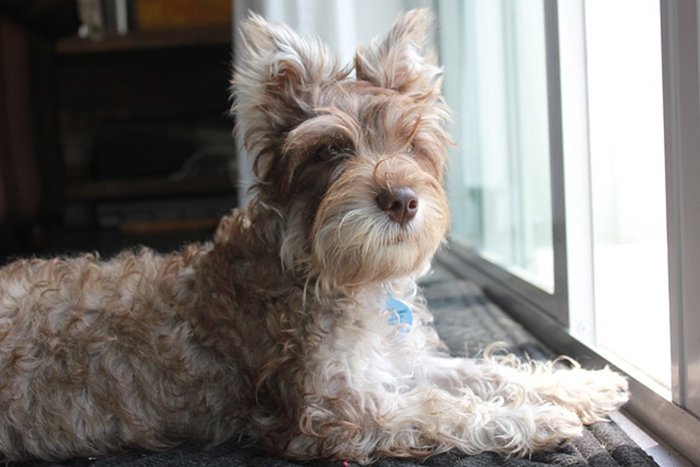 15th-century German farmers selectively bred their Standard Schnauzers down to miniatures in order to be better capable of that endless ratting job. Ratting was a very popular job for many terriers in past centuries, as they could devastate food stores.

Bred from Standard Schnauzer, Affenpinscher, and Poodle stock, these minis are energetic geniuses of the toy dog world to boot. 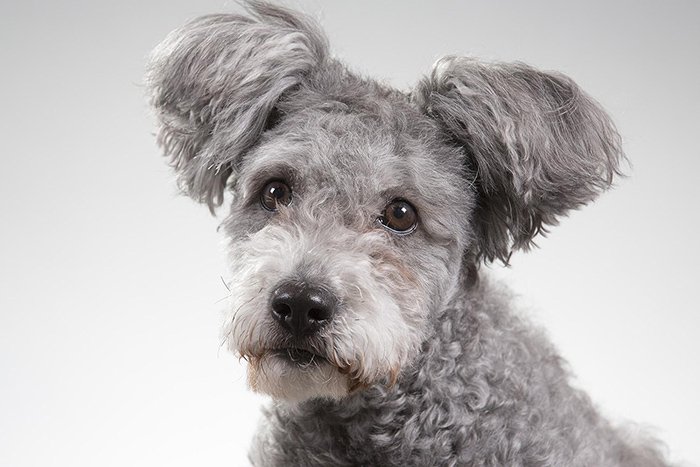 Hailing from Hungary, these diminutive sheepdogs are as fastidious as they are small! He’s thought to have descended from the Puli, who himself originated in the area (called a different name then) around 800 a.d.

The Pumi was bred sometime between 3-400 years ago, from a mixture of his Puli parent and several West European herding terriers. These are the most popular Hungarian- born herding dogs in Finland today! 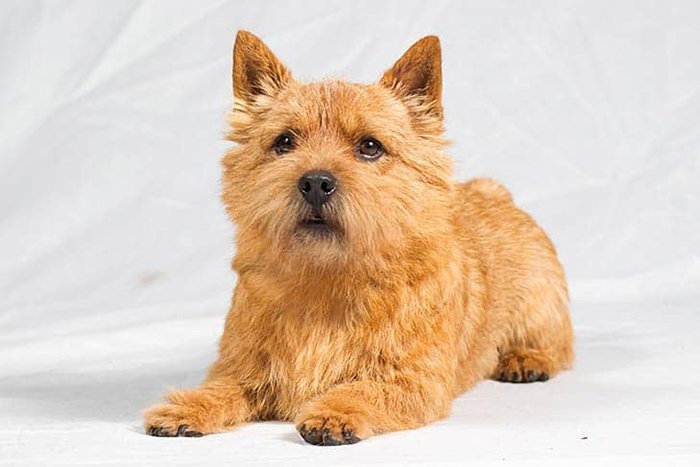 Also conceived to help control the vast rodent problem that plagued Britain, the Norwich enjoyed foxhunts when he wasn’t out hunting the tiny pests of the age. During the 1970s and 80s, Norwich Terriers became extremely popular among Cambridge University’s undergraduates.

His American days began in 1914, with an American born Norwich named Willum. Willum made his way to Philadelphia, beginning a new American age for the breed. The breed soon gained the nickname ‘Jones Terriers’ after the Brit that first bred Willum back in 1914. 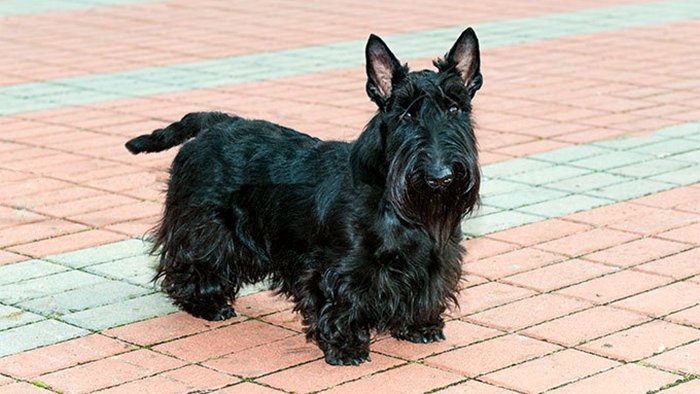 Bred to hunt badgers, foxes, and rats on the mist-shrouded Scottish highlands, the Scottish Terrier is believed to be one of the oldest, if not the oldest of the Highland terriers. Like so many others this old, his exact origins are unknown.

The first Scottish Terrier made America his home in 1883, a mere two years before joining the legendary ranks of AKC registered breeds. His popularity peaked in the 1930s and 40s with stars like Humphrey Bogart and Betty Davis, but the most famous Scot of all remains Fala, president FDR’s steadfast companion. 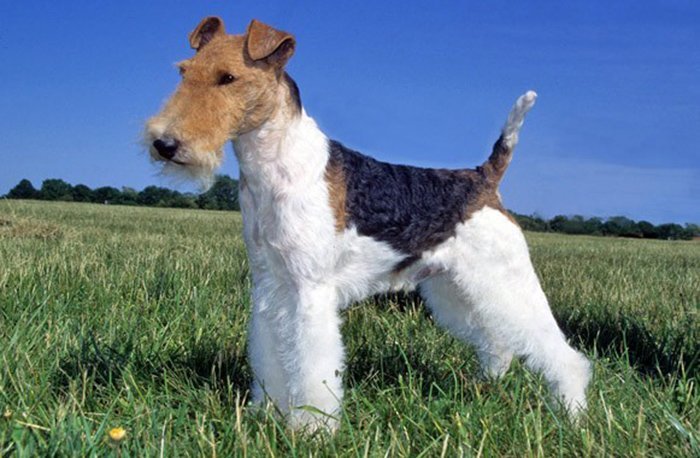 Taking shape during the epitome of British fox hunting days, the Wire Fox Terrier was a legend during the 1700s. He only had one very simple job, to drive the fox from its underground lair so men on horseback could take over the hunt, and there was none better.

Today, these are masterful show dogs, claiming a Westminster victory time and time again. Though not many today have ever seen ’The Man’ movies of the 1930s and 40s, a Wire Fox Terrier names Asta costarred in six of them.

Why Are Some Dogs Curly Haired?

Though most small/toy breeds serve more of a companionship role today, anyone who studied dogs would notice the majority of those curly-haired dogs were bred for some type of activity involving water. These tight curls were thought to provide insulation for water retrieval.

Today, just as many (if not more) curly-haired dog breeds exist as simple companions, never hunting at all. They probably inherited this curly-haired trait.

Most smaller dogs had to prove their worth in order to earn a living, many doing this by hunting rodents! Today, these small curly-haired dogs enjoy a more pampered lifestyle.